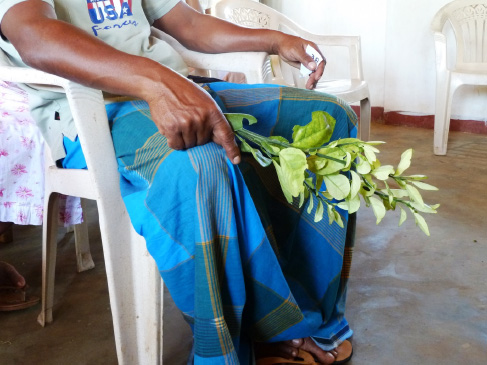 Spoel group members Lindsay Williams, Jade Bleau and Beatriz Orosa publish a historical overview of Huanglongbing citrus greening disease and its economic, social and environmental impacts. The report was sponsored by the British Society for Plant Pathology (BSPP) and is part of a series of an historical overviews of plant pandemics.

The Government of Japan's "We are Tomodachi" magazine publishes an article on long-term collaborator and L'Oreal-UNESCO Women in Science Award winner, Dr. Mika Nomoto, who was on sabbatical in the Spoel Research Group. The article highlights the need for increased diversity in science.

The Spoel Research Group publishes a paper in eLIFE reporting a new mechanism by which gene expression activators may be regulated. Activator modification by ubiquitin chains of dynamic length is shown to underpin functional gene expression responses during onset of plant immunity.

Dr. Lucas Frungillo wins a prestigious BBSRC Discovery Fellowship. The fellowship, worth £300K, provides support for researchers to undertake independent research and gain leadership skills. The fellowship will be hosted by the Spoel Group.

The Spoel Research Group publishes a paper in PLoS Pathogens showing that plant proteasomes, which function to degrade proteins, contain an unexpected activity that is required for appropriate activation of plant immune responses.

"No-deal" is a bad deal for science

Dr. Steven Spoel worked with The Royal Society to produce a Brexit no-deal factsheet. The data indicate that if the UK leaves the EU without a deal, it will impact on scientific research immediately and could take years to recover from. The factsheet explains why leaving the EU with "no-deal" is detrimental to science.

GARNet, a supportive network for the fundamental UK plant science community, publishes a report on BBSRC funding for plant science. The report brings to light unexpected funding trends that led GARNet to make recommendations to the BBSRC and the community.

The SEB publishes a meeting report by Dr. Lucas Frungillo from the Spoel Research Group. The article summarises the cutting-edge science presented at a recent international conference held in Edinburgh on the role of post-translational modifications in shaping plant phenotypes.

The Journal of Cell Science publishes an interview with Steven Spoel. The interview discusses career progression, past and current science in the Spoel Research Group and future challenges that are being addressed.

GARNet and SEB joined forces to deliver the first conference on the functional roles of diverse post-translational modifications in plant biology. Conference delegates gathered for three days in the beautiful city of Edinburgh to discuss advances and to gain hands-on training in a workshop.

New editorial preview in Molecular Cell on "Modulating the Modulator"

The Spoel Research Group writes an editorial preview in Molecular Cell that discusses an important new publication from the Prof. Jianru Zuo's group at the Chinese Academy of Science in Beijing. The commentary discusses their findings on how nitric oxide signalling controls protein methylation during responses to abiotic stress.

The Spoel Research Group publishes a new article in PNAS describing the discovery of an enzyme that protects cellular antioxidants from becoming damaged. This finding has potential wide-ranging implications from agricultural to biomedical healthy ageing research.

Unless explicitly stated otherwise, all material is copyright © The University of Edinburgh 2012.